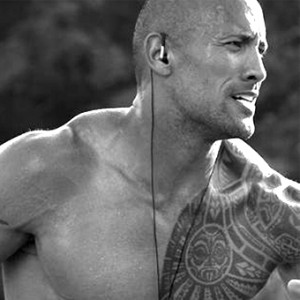 Below is my interview with actor and wrestler Dwayne “The Rock” Johnson, which took place in Atlanta a few years ago when he was promoting a film. Dwayne’s SUCCESS TIPS are relevant today. Read on and be inspired.

Sonya Jenkins: What would you say is an important ingredient for success?

Sonya Jenkins: How do you stay in such great physical shape?

Dwayne “The Rock” Johnson: I train everyday and I need that. Even on a crazy, hectic schedule promoting movies I set aside some time that I can get away from all the craziness, all the madness, all the people . . . and I train for about an hour and a half to two hours.

Sonya Jenkins: Well, you are naturally athletically inclined. You played football and then you became a wrestler. How did you make the transition from athlete to actor?

Dwayne “The Rock” Johnson: How I made that transition was being focused and having good people around me. I surrounded myself with good acting coaches, decent actors, decent directors, and good material. All those things helped out.

Sonya Jenkins: What advice would you give to the youth of today?

Dwayne “The Rock” Johnson: It’s the same advice I give to them all the time. I tell them there is no substitute for hard work. Nobody in this world will ever give you anything for free. You’ve got to work for it everyday. Apply yourself and become a better student. And not only become a better student, but you’ve got to understand, again, the value of hard work. Whether you’re White, Black, Latin or Asian, whatever you are, rich or poor, if you dream big you’ve got to work big. Dream big . . . work big. It’s non-negotiable.

Sonya Jenkins: Who was your role model growing up?

Dwayne “The Rock” Johnson: My role model growing up would have to be my mom. I realize that now as I’ve gotten older. I’ve realized just how important my mom’s love and loyalty was because she had gone through so much through evictions, car repossessions, electricity being turned off . . . and it’s really special to me as her son to witness her go through all of that and then stand strong with dignity and pride. She’s my role model and now she’s my biggest fan and I appreciate that.

Sonya Jenkins: In sports, how important do you feel a coach is in steering an athlete in the right direction – especially in the early years?

Dwayne “The Rock” Johnson: A good coach is a good parent, and that coach has to foster the kids that he coaches. Every kid deserves a second shot . . . every single kid. I had my shot given to me. I was arrested multiple times. I’m lucky that I had somebody who cared enough about me to invest time and give me a second chance. There is a value in sports and what it does for our youth and our community. I was one of those kids who was locked up a whole bunch of times, but I had people in my life to challenge me and tell me ‘I expect you to do good,’ . . . ‘I expect you to do well.’ I guarantee, nine times out of ten, when you challenge a kid with those types of expectations, they’re going to respond in a positive way.

Sonya Jenkins: Well, I appreciate the interview, but I’d like to make one request.

Dwayne “The Rock” Johnson : What’s that?

Sonya Jenkins: Could you give me that raised eyebrow look you do when you’re wrestling.

Dwayne “The Rock” Johnson: (Chuckles and raises his brow for me) 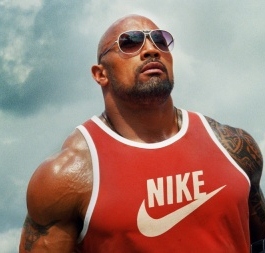 This article featured in: Celebrity Profile, In The Spotlight, Celebrity Success Tips

One Response to DWAYNE “THE ROCK” JOHNSON SHARES HIS SUCCESS TIPS