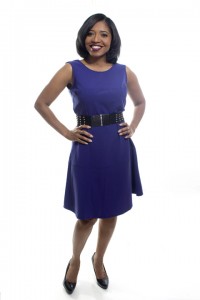 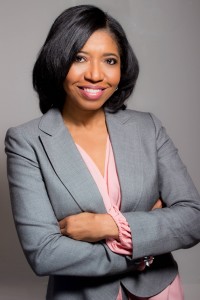 Sonya Jenkins, born and raised in Atlanta, GA, is the Publisher & Editor of Sonya’s Spotlight Web Magazine. Jenkins is also an Entertainment Journalist, Author, Actress and Producer/Director/Writer of SHAYLA’S CATCH Film. SHAYLA’S CATCH was adapted from Sonya Jenkins’ novel of the same name. Jenkins studied Communications at the University of Tennessee where she received a Bachelor of Science degree in Communications with an emphasis in journalism. Since childhood, Jenkins has always loved entertainment and the wonders of storytelling. She would often write in her diary, a way she would express her thoughts and her creativity. Her creative writing talents got her the honor of “Most Outstanding Student in Language Arts” while she was in high school at D.M Therrell High School in Atlanta. Jenkins went on to pursue a career in entertainment journalism, and got a taste of both show business and broadcast-journalism at “Entertainment Tonight” in Hollywood when she got a coveted internship there at 21 years old.

Jenkins also honed her skills as an actress, and recalls being bitten by the acting bug when she was in the stage play, “The Wiz” while in high school. Jenkins would go on to perform in other stage plays and was cast in a commercial when a director walked up to her while she was walking inside a grocery store, asking her to be in the grocery store commercial for BiLo Supermarket chain.  Jenkins continued to excel in her entertainment journalism career, even working for CNN World Headquarters in Atlanta as a Video Journalist. In 2013 Jenkins was a Trumpet Awards Foundation Honoree for their annual High Tea with High Heels event, honoring a select group of distinguished women. Jenkins is also a member of the Atlanta Press Club.

In 2014 SHAYLA’S CATCH, Jenkins’ first novel was birthed. She is also the author of FIERY CHARM (Teaser), and MOTIVATION: The Path to Inner Power. As an actress, Jenkins has spread her wings and continues to love the craft, although her own project, SHAYLA’S CATCH, has now put her in the forefront as a filmmaker. Jenkins was a Stand-In and Marcher in the Academy Award nominated film “Selma,” where Award-Winning Director, Ava DuVernay, gave her an opportunity to direct a small scene of actors marching, while singing an old-time hymnal. This directing experience gave Jenkins an adrenaline rush, and made her realize that wearing the “Director’s Hat” was yet another dream. In acting Jenkins also had principal roles in “The Verdict with Judge Glenda Hatchett” a WebMD commercial and industrials. She has appeared in Tyler Perry’s “A Madea Christmas,” “For Better or Worse,” “The Haves and The Have Nots,” Lifetime TV’s “The Trip To Bountiful,” opposite Cicely Tyson and “Marry Me,” FOX’s “Star,” and several other films and television shows.