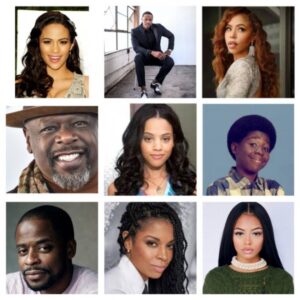 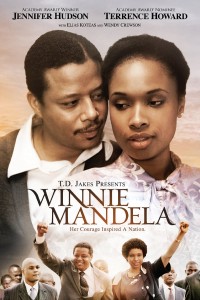 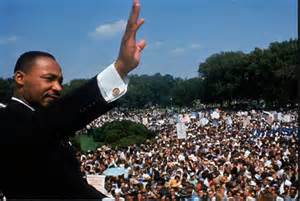 Martin Luther King, III, the eldest son of Dr. Martin Luther King, Jr., and Reverend Al Sharpton, President of National Action Network (NAN), have announced that fifty-years-after Dr. King delivered his historic “I Have a Dream” speech at the March on Washington in 1963, they will mount the same steps at the Lincoln Memorial to lead the 50th Anniversary March on Washington National Action to Realize the Dream on Saturday, August 24, 2013. Joining them will be a cross-sector of speakers ranging from House Democratic Leader Nancy Pelosi to the family of Trayvon Martin.

Joined by an alliance of prominent advocates of labor, health, housing, education, media, and civil and human rights, the purpose of the march is not just to celebrate the historic 1963 March on Washington, but to galvanize the American people around the compelling issues of today including questions in the criminal justice system in the national spotlight, from Stop and Frisk police tactics in New York, to Stand Your Ground laws in Florida, as well as, women’s issues, immigration, workers’ rights, LGBT equality, among others. Congressman John Lewis, the only one of the six leaders of the March on Washington of 1963 that is still alive has agreed to stand with Martin Luther King III, Rev. Al Sharpton and thousands of others at the historic event.

Participating groups include but are not limited to: The King Center, A. Philip Randolph Institute (APRI), NAACP, NAACP LDF, National Council of Negro Women, National Urban League (NUL), Southern Christian Leadership Conference (SCLC), National Coalition on Black Civic Participation (NCBCP), Tom Joyner, Leadership Conference on Civil and Human Rights, American Federation of State, County and Municipal Employees (AFSCME), American Federation of Teachers (AFT), Communities Without Boundaries International, Inc. (CWBI), Service Employees International Union (SEIU), 1199 SEIU, United Federation of Teachers (UFT), United Here, International Brotherhood of Teamsters, American Federation of Government Employees, AFGE, Military Families Speak Out, Fair Vote, United for Peace & Justice, Veterans for Peace, Planned Parenthood Federation of America, National Congress of Black Women (NCBW), , National Coalition of 100 Black Women, Inc. (NCBW), Black Women’s Health Imperative, Human Rights Campaign (HRC), National Black Justice Coalition, Family Equality Council, National Gay and Lesbian Task Force, Old Lesbians Organizing for Change, League of United Latin American Citizens (LULAC), Mexican American Legal Defense and Educational Fund (MALDEF), The Hip Hop Caucus, Operation Hope, Impact Black Youth Vote, Our Time.org, Skinner Leadership Institute and many others. The National Action to Realize the Dream March is one of the many events taking place August 21st through August 28th to celebrate the 50th Anniversary of the March on Washington. Visit www.mlkdream50.com for a full listing of official events. According to Rev. Sharpton and Martin Luther King, III, many Americans including those who have faced a history of exclusion—people of color, poor whites, women, workers, immigrants, LGBT’s—are still disproportionately represented in many negative socioeconomic categories like poverty, poor education, unemployment, underemployment, loss of labor rights, inadequate health care, unfairness in the justice system and voter suppression. “It is the intent of those that come together to make it clear that this is not just a nostalgia visit, that this is not a commemoration but a continuation and a call to action,” said the Rev. Al Sharpton. “We are in a climate that is threatening too much of what was achieved 50 years ago.”

Martin Luther King III shares, “We must continue to find new ways to renew and realize the dream. Our work is not done.”

Visit www.mlkdream50.com for a full listing of official events.