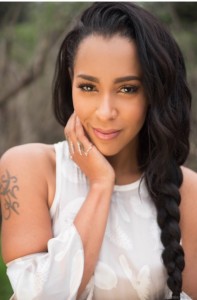 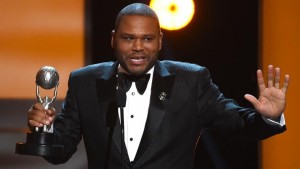 CeCe Winans: Bringing Christmas to Detroit and the World!

Published on November 7, 2018 by Sonya's Spotlight 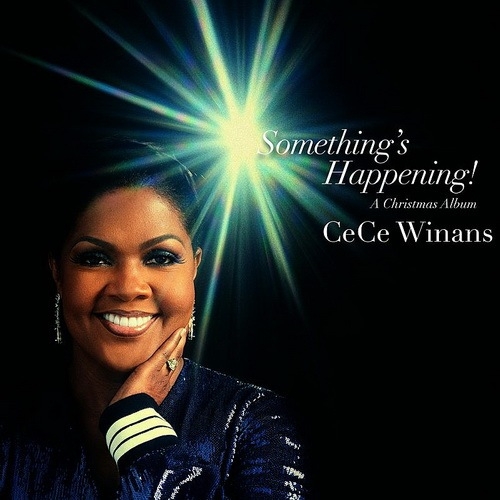 Detroit’s own CeCe Winans is returning to Detroit and bringing Christmas with her! CeCe will headline the annual Christmas tree-lighting ceremony, Friday, November 16, at Campus Martius; and with the recent release of SOMETHING’S HAPPENING! A CHRISTMAS ALBUM (Puresprings Gospel/ Thirty Tigers), she is spreading good news and cheer to not only Detroit, but the entire world.

After winning Grammy Awards for Best Gospel Album (Let Them Fall In Love) and Best Gospel Performance/Song Gospel  (“Never Have To Be Alone”), there is no doubt that gospel icon CeCe Winans and her songwriter/producer son, Alvin Love III, make beautiful music together.

This time around, the dynamic mother-son duo collaborated on CeCe Winans’ fourth holiday recording, Something’s Happening! A Christmas Album (Puresprings Gospel/ Thirty Tigers). CeCe told us that she has learned to trust her talented son’s producing instincts. She shared that prior to recording the project Alvin told her, ‘I know your voice better than anybody.’ “He proved to know my strengths and my weaknesses, so he would stretch me in places… I think he’s brought me into a place of remaining who I am but reinventing myself at the same time.”

The 11-song project includes 5 new compositions penned by Alvin Love III, and 5 classics with distinctive updated twists. There is also a reprise of the title song. Taking on 5 new Christmas songs might sound like a risky proposition, but as CeCe pointed out, “you have to think, all the ones we’ve listened to for years were original at one time.” CeCe also said this about her talented son, “his vision was to do a whole record of originals. He’s a brave one. I said “What?!” [laughter] And after hearing the stuff that he was writing and discussing and going over it, I thought, ‘That could be pretty cool.’”

The five original songs on the project are fresh and fun; Christmas songs for today. Together CeCe and Alvin breathe new life into the 5 traditional songs, with genre-bending twists and turns, powerful vocals and magnificent orchestral arrangements. Overall the project is beautifully done and evokes both spiritual reflection and the true joy of what Christmas embodies.  CeCe put it this way, “When I hear it, I get the warm and fuzzies, I feel the fun in Christmas but also definitely feel the real meaning of Christmas.”

As if five new Christmas songs weren’t enough, Love seems to really take to heart the old adage, “go big or go home,” and switching from his songwriter’s hat to producer’s hat, invited the 75-piece Zagreb Philharmonic Orchestra, conducted by Tim Akers, to create a lush wall of symphonic sound to accompany his mother’s soaring and angelic vocals. Recording took place at Vatroslav Lisinski Concert Hall in Zagreb, Croatia with both Love and Akers, who also did the arrangement, on hand to bring their vision to life. While Winans would have also loved to be there, a busy schedule prevented her from making the trip.

In the official press release for the project, Love says, “We were inspired by the Christmas albums from the golden era of symphonic popular music. This album is grand in scale and spectrum. Each song is accompanied by a 75 piece orchestra and brings out a different color in CeCe’s voice, some colors will be familiar some will be new. It’s a big sound and we’re really proud of it.”

Winans admits that one of the challenges that played into creating an orchestrated Christmas album was timing. CeCe explains, “We were thinking about London, especially with the timing, we had to try to find an orchestra that could get it done with the timing that we needed. So, we thought about trying to do it here in Nashville. We have an awesome symphony here. But, we ended up… somebody told us about Croatia and we were able to get that done in the right timing to put the record out. When you’re working on a Christmas record, and it’s July, it’s so weird. First of all, it’s burning up [laughter], but the time comes around so quickly.”

As one can imagine Winans is extremely proud of her son and his accomplishments. When asked whether there were any challenges with having him as her producer, she laughingly replied,  “Well, I’m sure it’s more challenging on his end.”  Winans went on to say, “He has ears like an old producer and has written incredible songs for a long time. So, you know, I have to respect him as an artist in his own right; and a man because he is good and grown now.”

In closing, I asked CeCe to share any advice to aspiring artists starting out in the industry. With the wisdom that comes from years of triumphs and valleys, CeCe answered, “You know, first of all it’s a journey. It’s not a sprint; it’s a marathon. Be patient, and be yourself. You have pressures when you come into this industry of what this person is doing and what that person is doing; how high this person can sing and how low this person can sing. And you know what; we’re all uniquely different for a reason.”

For more of CeCe’s response to this and other questions, listen to the exclusive full interview by clicking the audio button below (or read the transcript further below).

To find out more about CeCe Winans and her upcoming appearances and concerts, visit her website www.cecewinans.com, or connect via social media (links provided below).