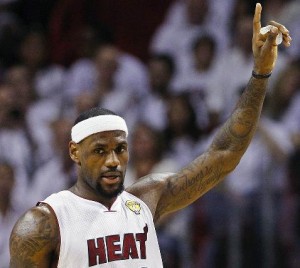 Serena Williams is back, and she looks almost as good as ever.

”It’s been an unbelievable journey for me,” said Williams, who has battled health issues since winning the 2010 Wimbledon title. ”I feel amazing out there. This whole tournament I felt really great physically. So I think it’s definitely the beginning of something great. I hope it is.”

After hitting a backhand winner on match point, she fell onto her back to the grass. She then rose with a grin as big sister Venus — another five-time Wimbledon champion — smiled and applauded, along with the rest of the crowd.

After shaking hands with Radwanska, Williams climbed into the box where her family was seated. She hugged her father, Venus, their mother and others.

”I think when you go through a lot of tough things you just kind of let down your guard a little bit and just be yourself,” Williams said. ”I love being me. I’m a normal person. I like it when people get to see that side of me.”

Out on court, Williams had little trouble at the start, using her hard serve and powerful groundstrokes to win the first five games and run Radwanska all over the grass.

Radwanska, who was playing in her first Grand Slam final, has been ill with a respiratory problem, making it difficult for her to speak. In the second set and already down a break, the third-seeded Pole was coughing and blowing her nose during a changeover.

But she broke Williams in the next game to even the score at 4-4, and then broke again to win the second set.

Williams responded in the third set, taking the last five games of the match. She finished with 58 winners to 13 for Radwanska, including an edge of 20-3 in the final set. Williams lost only eight points on her first serve.

”I really had my chances, and I took the second set,” Radwanska said. ”Then I think she was just too good in important moments in the third set, so it was too hard for me to come back.”

The match was played with the Centre Court roof open, and it was delayed by rain for a short time after the first set.

Radwanska would have taken over the No. 1 ranking with a win. Instead, Australian Open champion Victoria Azarenka will reclaim the top spot from Maria Sharapova.

Later Saturday, Serena and Venus Williams will play in the doubles final.

A little more than a month ago, many started writing Williams off for good. She lost in the first round of this year’s French Open, the first time she had ever exited a Grand Slam tournament that early.

But at Wimbledon, she looked every bit a champion again.

She broke her own tournament record for aces in a match with 23 against Zheng Jie in the third round. Less than a week later, she eclipsed that mark with 24 against Azarenka in the semifinals.

On Saturday, she finished with 17 aces — including four in one game — and a record 102 for the tournament.

”I can’t describe why it was so good or how it was so good,” Williams said of her serve. ”I just had the rhythm, you know, kind of felt it.”

It was Williams’ first Grand Slam title since she won at the All England Club two years ago. Shortly after winning that title, Williams cut her feet on glass at a restaurant, leading to a series of health problems, including being hospitalized for clots in her lungs.

”Yeah, gosh, definitely had some lows,” Williams said. ”I had a tube in my stomach and it was draining constantly. Gosh, I mean, right before that I had the blood clot. I had lung problems. Then I had two foot surgeries. It was a lot.”

Williams is the first woman in her 30s to win a Wimbledon title since Martina Navratilova, who won at the All England Club in 1990 when she was 33.

In the men’s final on Sunday, six-time Wimbledon champion Roger Federer will face British hope Andy Murray. The fourth-seeded Murray is trying to become the first British man to win the title at the All England Club since Fred Perry in 1936.