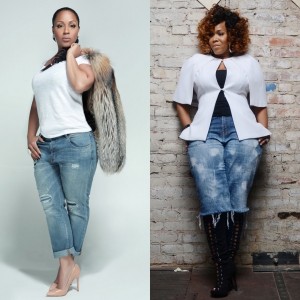 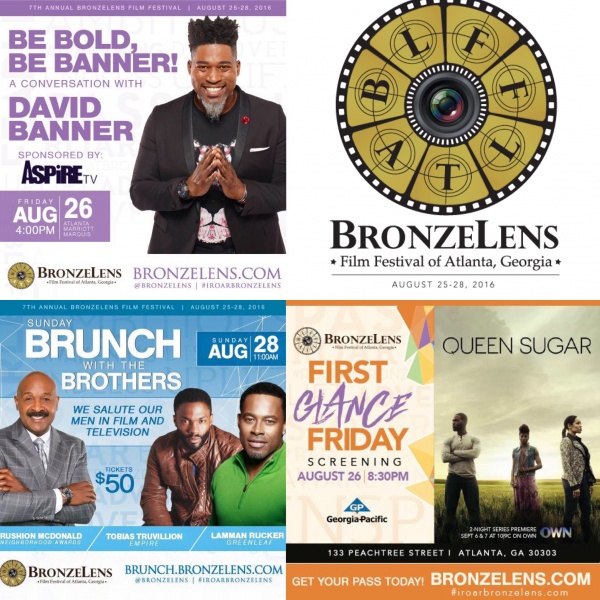 The seventh annual BronzeLens Film Festival (BronzeLens) will take place over the course of four days, August 25-28 in Atlanta, Georgia.  Since its inception BronzeLens producers have brought national and worldwide attention to Atlanta, helping to showcase the city as a leader in the thriving film industry.  Festival programming is set to be a creative platform designed to empower, entertain and educate attendees from various disciplines and inspire aspiring filmmakers.  Selected juried films include the work of filmmakers representing the United States, United Kingdom and Africa.

More than 49 films will be screened including a collection of shorts, features, webisodes and documentaries. Narrative fiction, documentary, webisodes and short film screenings coupled with the who’s who of the film industry are the core components that have established BronzeLens as one of the nation’s most substantive film festivals.  BronzeLens events will take place at the Atlanta Marriott Marquis (Festival Headquarters), SCADShow, Georgia Pacific Center Auditorium, National Center for Civil and Human Rights and South Fulton Arts Center. 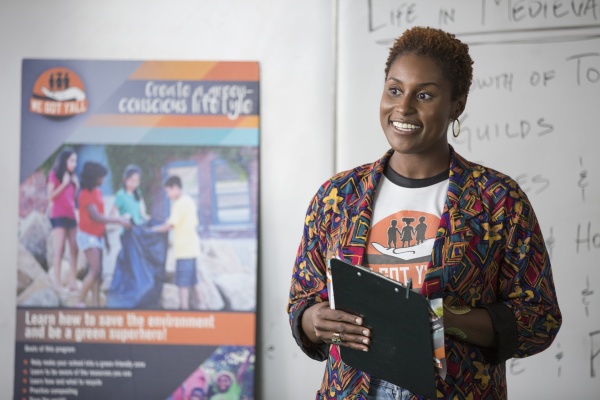 BronzeLens Film Festival kicks-off Thursday August 25 with All Shorts All Day, a full day of short film screenings at the Atlanta Marriot Marquissponsored by BET Networks. Winner of the BEST SHORT will be presented with a $5000 cash prize award from BET Networks.

Becoming a Camera Ready Vendor: How to do Business for Film and TV, sponsored by the UGA Small Business Development Center at Clayton State University will kick-off festival programing. Afternoon Legal Mash-Up series on Story Legalities, Music in Film, and People in Film: Talent, Crew and Employment LawDiscussions will be led by some of the industries foremost legal talents, providing critical information on what it takes to conduct business successfully within the film and entertainment industry. Producer, Casting Director and CEO of So Chi Entertainment, Brett Dismuke (The Undershepherd, 35 & Ticking and Black Coffee) will be joining other film executives for a conversation on successful film distribution and BronzeLens Filmmakers Reception sponsored by the Producers Guild of Atlanta will be a gathering of aspiring and established filmmakers. 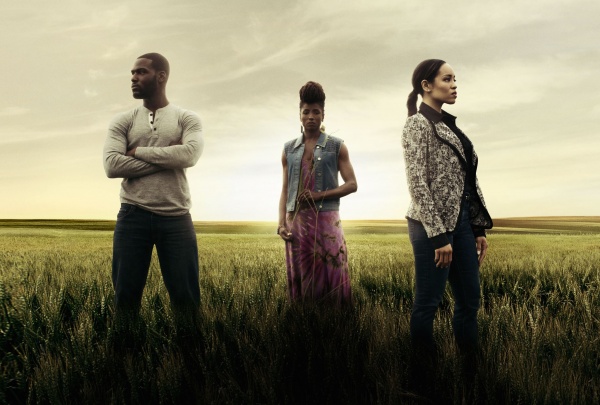 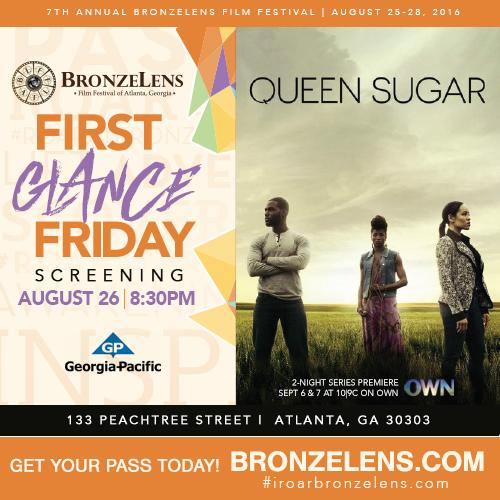 Women SuperStars Luncheon will anchor the Friday events at the Atlanta Marriot Marquis Hotel. Awards for the accomplishments of women of color in the film and television industry will be presented to selected 2016 Honorees. There will be an In Conversation interview with film marketing and public relations executive Cheryl Boone Issacs, led by renowned television broadcast journalist, news anchor, radio show host and WSB-TV veteran Monica Pearson.

Georgia Production Partnership will sponsor a panel discussion on the Status of Production in Georgia.  Followed by Up Close Through The BronzeLens with Roger Bobb CEO/Bobbcat Studios, and filmmaker and author Julie Dash (Daughters of the Dust).  ASPiRE Television will host a conversation with rapper, record producer and actor David Banner.

Students will have special programming at BronzeLens.  Aspiring college students interested in film and television will be able to attend the BronzeLens Student Track This fast paced all day session includes insight from young professionals on how they got their break, studios about their internship programs, sessions on an array of industry jobs, and screening BronzeLens Official Student selections to vote on the Student Audience Award.  Lunch will be served.  Also Hammonds House Museum Family Film Festival for children age 5 to 12 years will present Film screenings that include shorts based on the works of award winning children’s author Jacquelyn Woodson.

BronzeLens hosts a conversation with Dawn Gilliam, a 25 year veteran Script Supervisor in the entertainment business. Up Close Through the BronzeLens: A Conversation with Dawn Gilliam| From Boyz in the Hood to Star Wars, explores Gilliams’ work with such popular films as The Hunger Games, Star Wars: The Force Awakens, Star Trek and more. Technological innovation and access is the focal point for  Matthew Cherry’s panel Shooting a feature on Your Cell Phone and Flying High| A Drone Filming Workshop.

Also on Saturday August 27, the Seventh Annual BronzeLens Awards Show will salute The ‘Best of Festival‘ filmmakers in their perspective categories, other noteworthy industry leaders and festival supporters will be at SCADShow.  Categories include the best in Features, Documentaries, International Films, Shorts, Student Films, and Web Series, as well as Best Actress and Best Actor. Red Carpet opens at 7:00 PM 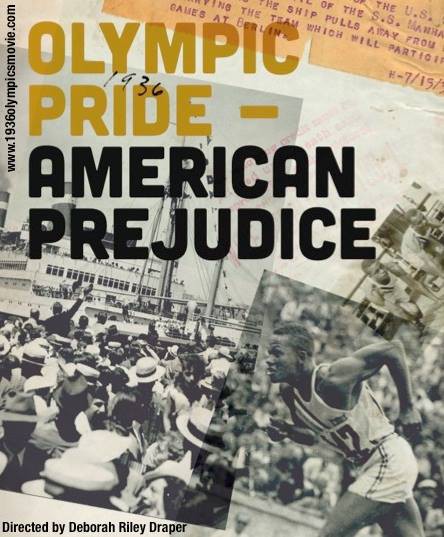 Cinema and Social Justice Sunday produced in conjunction with National Center for Civil and Human Rights is a unique and critical component of the festival. Featured fiml is 2016 Atlanta premiere of Olympic Pride, American Prejudice, written, directed and produced by Deborah Riley Draper and co-produced by Blair Underwood, Amy Tiemann, Michael A. Draper. Olympic Pride, American Prejudice tells the story of the 17 unrecognized members of the “black auxiliary” who participated in the Berlin Olympic Games and their heroic actions in the fight against Nazi Aryan Supremacy and Jim Crow Racism. A Q&A discussion with director/producer/writer Deborah Riley Draper and other special guests will follow the screening.

Film is included in the Bronze Festival Pass and will be shown at 2:00pm at the National Center for Civil and Human Rights. Individual general admission tickets are also available. 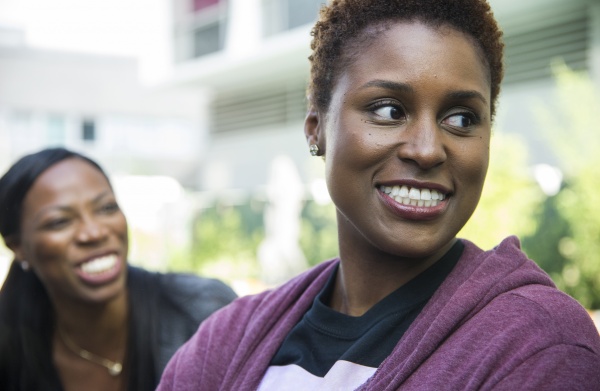 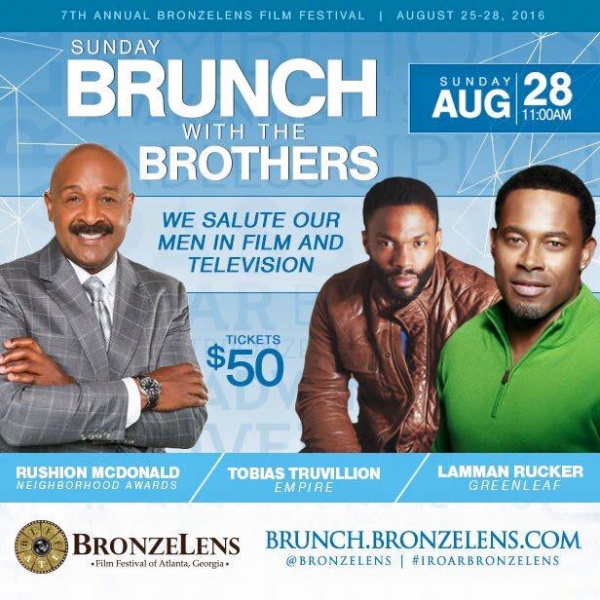 BronzeLens will be partnering with Hammonds House Museum and the South Fulton Arts Center   for the 2016 BronzeLens Family Film Festival: Kids Eye View.

The 2016 BronzeLens Family Film Festival: Kids Eye View. will be held on Saturday August 27, 2016 at the South Fulton Arts Center (4645 Butner Road. College Park, GA 30349.)  Doors will open at approximately 12:30pm.  This popular event will begin at 1:00pm until 2:30pm. There will be three shorts screened based on the books by award winning children’s author Jacquelyn Woodson. Films include: Each Kindness, winner of a Coretta Scott King Book Award and delivers an anti-bullying message; This is the Rope: A Story From the Great Migration, addresses one family’s journey during the great migration; and The Otherside, which focuses on friendship that overcomes barriers.  Each film is appropriate for children ages five (5) to twelve (12). The event is produced by Collette M. Hopkins Phd., Founder of Diaspora U.  She will lead the discussions and create free take home gifts and learning activities related to the films for take home play.Family Film Festival:Kids Eye View  is FREE, however registration is REQUIRED.  Go to: http://kidseyeviewfilmfestival.eventbrite.com  to reserve your tickets.  Seating is limited.  Snacks will be provided. Children must be accompanied by an adult. For more information call: 404-612-0499. The Film Festival is a collaboration of BronzeLens, Hammonds House Museum and the South Fulton Arts Center.

About the BronzeLens Film Festival

This article featured in: In The Spotlight, NAACP Image Awards, On the Scene