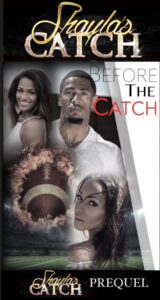 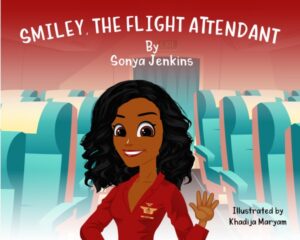 Smiley, The Flight Attendant – A Children’s Book by Sonya Jenkins »

Published on November 8, 2020 by Sonya's Spotlight 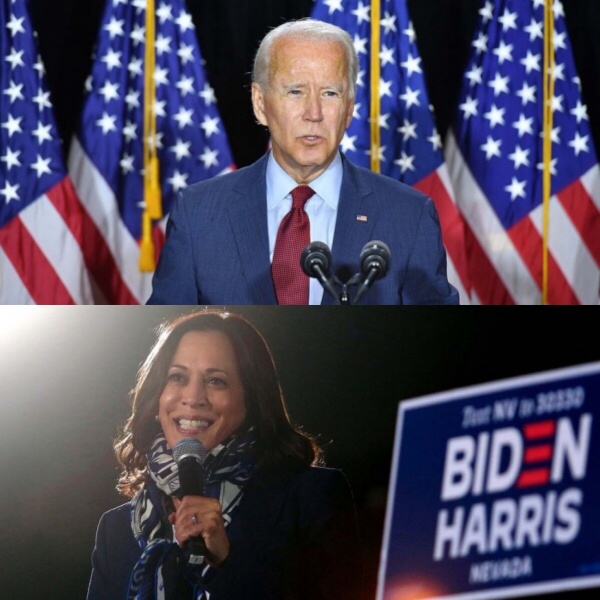 The former vice president addressed the United States after the Associated Press and multiple news outlets projected that he had won the 2020 election.

Just hours after the Associated Press and other media outlets projected that former Vice President Joe Biden would be elected the 46th president of the United States, Biden addressed the nation in his first speech as president-elect.

Jogging out to “We Take Care of Our Own” by Bruce Springsteen, Biden said “Tonight all over this nation … an outpouring of joy, hope, renewed faith tomorrow will bring a better day. I am humbled by the trust and confidence you have placed in me.” Biden said he would “make America respected around the world again.” Biden said he understood that Trump supporters were disappointed, but “this is the time to heal.” Biden said the novel coronavirus pandemic would be his No. 1 focus as soon as he entered office. His speech concluded with a medley of songs including Tom Petty’s “I Won’t Back Down” and Whitney Houston’s cover of Steve Winwood’s “Higher Love.”

The enormous crowd of supporters who turned out to cheer on Biden waved American flags as they sang and danced. Most of those shown on television were wearing masks.

On Saturday morning Biden tweeted, “America, I’m honored that you have chosen me to lead our great country. The work ahead of us will be hard, but I promise you this: I will be a president for all Americans — whether you voted for me or not. I will keep the faith that you have placed in me.”

Biden’s running mate, California Sen. Kamala Harris, has made history, becoming the first female vice president of the United States and first Black and Asian-American woman to hold that office.

Harris, wearing white as an apparent nod to the women’s suffrage movement, introduced Biden. She had to wait a few minutes for the crowd to settle down before she could begin her speech. “With the world watching, you ushered in a new day for America,” she said to supporters. “For four years, you marched and organized for equality and justice, for our lives, for our planet, and then you voted. Now is when the real work begins. We have elected a leader who represents the best in us.”

The news was called by the AP on Saturday morning after Biden won the state of Pennsylvania, bringing his electoral vote total to 284, above the 270 electoral college votes threshold necessary to win a presidential election in the U.S.

Biden took the lead in Georgia and Nevada as of Friday evening, but due to the novel coronavirus pandemic and the historic number of people who voted by mail in the 2020 election, thousands of ballots had yet to be counted on Friday. The mail-in ballots, which take more time to be counted, have been skewing heavily in Biden’s favor due to Trump’s push to his voters to cast their ballots in person. On Wednesday, Biden had already broken the record for the most votes ever for a U.S. presidential candidate. On Thursday night, Trump had doubled down on false claims of a fraudulent election, drawing sharp rebuke from news anchors and Hollywood figures alike over the president sowing doubt about the integrity of the democratic process.

The Trump campaign has said it would seek a recount in Wisconsin and filed lawsuits in Pennsylvania, Michigan and Georgia; the latter two were quickly dismissed. With the narrow margin in Georgia’s race, however, that race might not be certified until mid-November, due to a recount and absentee military ballots being counted. Biden, meanwhile, continued to remain calm throughout election week and urged the American people to exhibit patience while every vote is counted. “The process is working,” Biden said on Thursday. “It is the will of the voters. No one, not anyone else who chooses the president of the United States of America.”

On Friday night, he expressed confidence: “We’re going to win this race with a clear majority of the nation behind us.”

At 77, and just days away from turning 78, Biden is the oldest person to be elected president. Current president Donald Trump is 74 years old.

Biden, who spent decades as a U.S. senator from Delaware, was vice president to Barack Obama during his presidency from 2009-2017. He made history in August when he selected Harris to be his running mate and the first Black woman to compete on a major party’s presidential ticket.

Reese Witherspoon, Elizabeth Banks, Jesse Tyler Ferguson, Keke Palmer and Samantha Bee were among the stars who took to Twitter to celebrate on Saturday.

Following the news on Saturday that former Vice President Joe Biden was projected to win the 2020 presidential election, Hollywood activists took to social media to celebrate a historic victory: California Sen. Kamala Harris becoming the country’s first woman elected as Vice President as well as the first Black and South Asian person in the role.

The news was called by the Associated Press on Saturday morning after Biden won the state of Pennsylvania and secured enough electoral college votes to secure a win as the 46th president of the United States. This brought his electoral votes to 284 to Trump’s 214.

Taking to Twitter herself, Harris wrote “WE did it, @joeBiden.” Former president Barack Obama called her election as Vice President “groundbreaking” in his lengthy statement posted to Twitter.

Former presidential candidate Hillary Clinton tweeted, “The voters have spoken, and they have chosen @JoeBiden and @KamalaHarris to be our next president and vice president. It’s a history-making ticket, a repudiation of Trump, and a new page for America. Thank you to everyone who helped make this happen. Onward, together.”

A number of stars shared reactions on social media, expressing relief at the results of the election.

Hustlers star Keke Palmer wrote, “My VP is a black woman!” and later tweeted, “I’m so inspired and truly astonished to look and see a black woman in this position. I say BLACK because representation MATTERS! In America I have searched over and over again as a black girl for people in positions of power that look like me!”

Actress and Pitch Perfect 2 director Elizabeth Banks wrote, “I’m so so so relieved. Congrats @JoeBiden I am crying at the thought of @KamalaHarris as Vice President of the United States – wow wow wow.”

“What a tremendous moment in our nation’s history!” wrote Reese Witherspoon on Twitter. “Congrats to our new President @JoeBiden and the First Female Vice President in our history @KamalaHarris.”

Josh Gad tweeted, “Just started getting chocked up. I really wish my friend @chadwickboseman was here to see @KamalaHarris become the first female VP in history.”

Queer Eye for the Straight Guy interior design expert Bobby Berk wrote, “OMG EVERYONE!!!  We have a woman VP!!!!!!!!!!!!  #KamalaHarris.” Mandy Moore also shared her enthusiasm, writing, “History made. I am so proud of you, Madame Vice-President Elect!”

Henry Winkler added, “We will now have A Vice President and First Lady to be really proud of … “

“Not a crier but I lowkey shed a tear, we won’t let hate win!” wrote Alicia Keys. “When we show up for each other we win! There’s SO much work to be done but I believe we are willing to show up for each other! Let’s keep being loud & strong. Now the real work begins! Big congrats to @KamalaHarris.”

Kerry Washington declared, “The people have spoken! Thank you to everyone who used your vote and your voice to make history. PRESIDENT Joe Biden and VICE PRESIDENT Kamala Harris.”

“Once again, Black people – especially Black women – have saved the United States. Whether in Milwaukee, Detroit, Philadelphia or Atlanta, Black voters showed up in huge numbers to turn this country around and remove the racist in the White House. What is abundantly clear is Black voters were the factor that tipped the scales in favor of Joe Biden and Kamala Harris, especially in Rust Belt battleground states. It’s striking that the same people who have been treated the worst by our democracy are doing the most to save it.

We congratulate Joe Biden on becoming President, and particularly Kamala Harris, on becoming the country’s first woman – a Black woman – to serve as Vice President. This historic win is a testament to the work Black women have been doing in the streets, in this campaign, and at every level of politics.

But first, President Trump must concede – and that means dropping his bogus lawsuits to challenge the results. The votes are in and the results are clear. Our government has always honored the voice and will of the people following an election, and we can’t allow this year to be any different. America is a democracy, not a dictatorship, and we will protect, preserve, and defend our vote.

It’s no surprise Trump is refusing to accept the legitimacy of the election results, and he needs to stop undermining our democracy now.”

This article featured in: TV News, In The Spotlight

Smiley, The Flight Attendant – A Children’s Book by Sonya Jenkins »