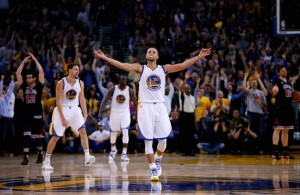 « Stephen Curry Is The First Unanimous MVP In NBA History 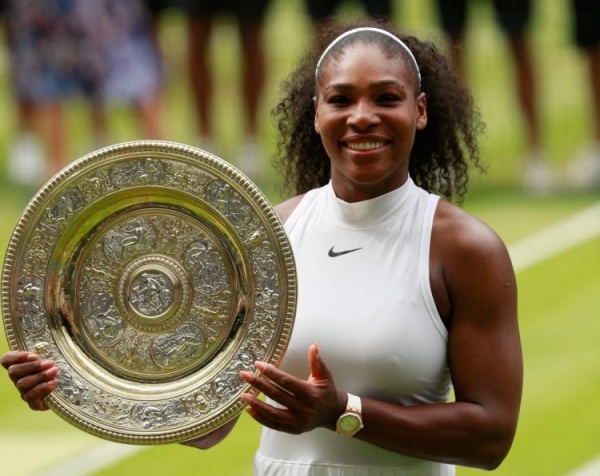 Williams pulled even with Steffi Graf for the most major championships in the Open era, which began in 1968. Now Williams stands behind only Margaret Court’s all-time mark of 24.

There was a stunning loss to Roberta Vinci in the U.S. Open semifinals in September, ending Williams’ bid for a calendar-year Grand Slam. Then came losses in finals to Kerber at the Australian Open in January, and to Garbine Muguruza at the French Open last month.

But in the rematch against the fourth-seeded Kerber at Centre Court on Saturday — the first time in a decade two women met to decide multiple major titles in a single season — the No. 1-ranked Williams came through.

The 34-year-old American did it, as she often does, with nearly impeccable serving. She slammed 13 aces, including at least one in each of her first eight service games. She won 38 of 43 points when she put a first serve in.

And she faced just one break point — at 3-all in the second set, it represented Kerber’s only real opening — and shut the door quickly and emphatically, with a pair of aces at 117 mph and 124 mph, her fastest of the afternoon.

There was more that Williams did well, though. So much more. Facing the left-handed Kerber’s reactive, counter-punching style, Williams was by far the more aggressive player, trying to make things happen. And she did, compiling a big edge in winners, 39-12.

It was breezy, but that didn’t seem to hamper Williams, whose older sister Venus sat in her guest box, a couple of seats over from music’s power couple of Beyonce and Jay Z.

Kerber, a German who knows Graf well, defeated Venus in the semifinals and hadn’t dropped a set on her way to the final. But on the grass that suits Williams’ game so well, Kerber simply could not quite keep up with the trophy on the line.

« Stephen Curry Is The First Unanimous MVP In NBA History