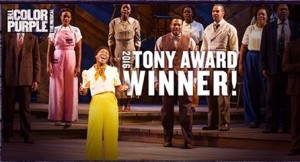 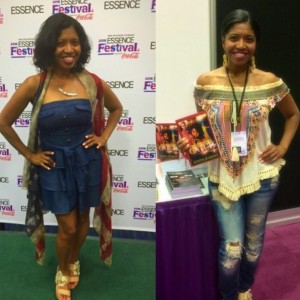 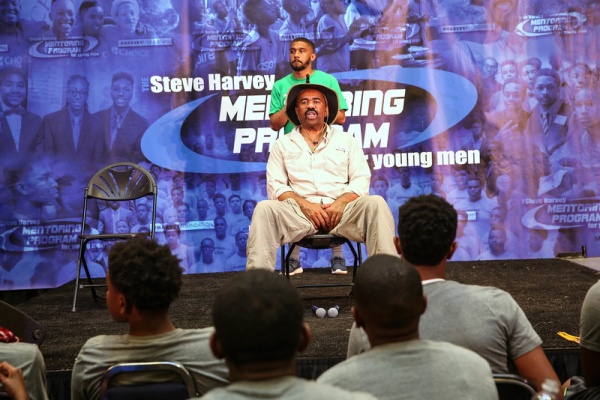 On Saturday, June 11, Steve Harvey partnered with the upcoming Warner Bros. film Central Intelligence at his annual four-day mentoring series at Camp Grace outside of Atlanta. The mentoring camp whose mission is to develop young men into being responsible leaders, encourages young men ages 13-17 to push beyond their preconceived physical limits while also challenging their approach to hard work and dedication.

The inspirational day commenced with physical fitness activities led by the United States Army followed by a keynote speech by former NFL player William Brown (Denver Broncos, Oakland Raiders,) Tulsa’s Athletic Director Derrick Gragg and actor/motivational speaker/author/activist Hill Harper. The day wrapped up with a visit from Steve Harvey, who shared his story of growing up without his father, having overcome a stuttering problem for which he was bullied as a kid, and taught the young men that despite their adversity, they too, can go to college and achieve an abundance of success. 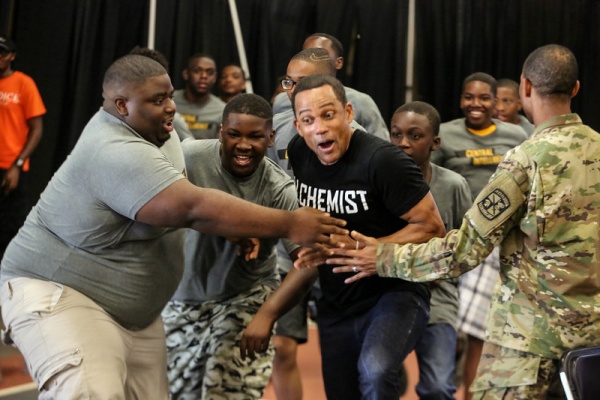 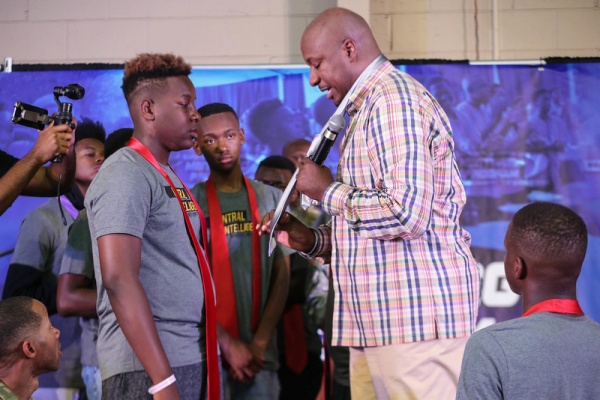 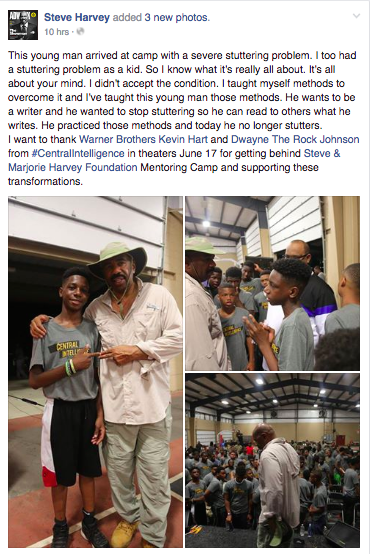 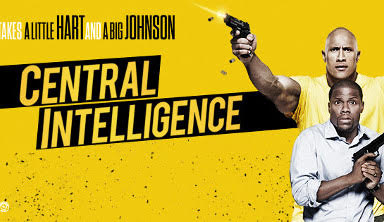 The story follows a one-time bullied geek, Bob (Johnson), who grew up to be a lethal CIA agent, coming home for his high school reunion. Claiming to be on a top-secret case, Bob enlists the help of former “big man on campus,” Calvin (Hart), now an accountant who misses his glory days. But before the staid numbers-cruncher realizes what he’s getting into, it’s too late to get out, as his increasingly unpredictable new friend drags him through a world of shoot- outs, double-crosses and espionage that could get them both killed in more ways than Calvin can count.

The film is directed by Rawson Marshall Thurber (“We’re the Millers,” “Dodgeball”).

This film is rated PG-13 for “crude and suggestive humor, some nudity, action violence and brief strong language.”