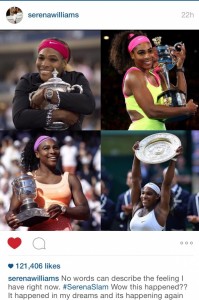 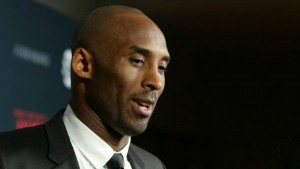 Kobe Bryant Retires: So What’s Next? »

Published on September 9, 2015 by Sonya's Spotlight 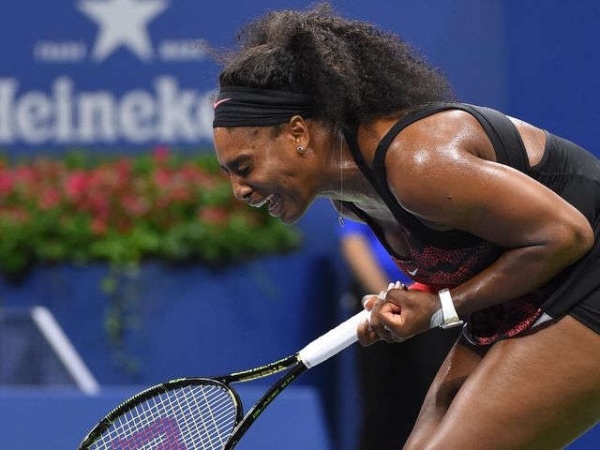 NEW YORK — The hug at the net was the conclusion to an evening that would make a great — no, a grand — chapter in the book of Serena and Venus Williams’ careers: the two embracing, older sibling with words of praise for her kid sister: “I’m so happy for you.”

Venus, never happy to lose, could walk away with her head held high: On this night Serena was the better player, a 6-2, 1-6, 6-3 winner in a battle that was as much physical as it was mental and emotional. The victory delivers Serena into the semifinals of the U.S. Open, just two matches from a rarified calendar Grand Slam.

What Serena faces next is what many call the easy part: She has 43rd-ranked Roberta Vinci in the semifinals, a player she’s never lost to in four meetings.

The difference Tuesday night was the one shot that has helped her rise above the rest: her serve. The 33-year-old world No. 1 blasted 12 aces and won 77% of points played on her first serve.

It has also been the shot that has given Williams the most trouble during this U.S. Open. She has hit 38 aces, but also 22 double faults through five matches. She has returned to the practice court after earlier matches in clear frustration, blasting buckets of balls as coach Patrick Mouratoglou has looked on.

“There are always things to work on,” Mouratoglou said. “You need maximum efficiency on most shots, especially the serve.”

A win for Serena gave the tournament a new feel — for her and for those watching. Venus, who said previous to their encounter that she wouldn’t shy away from the role of spoiler, now says she wants nothing but success for little sister — four majors in a single year.

“That would be a huge,” said Venus, 35. “Not just for me, but for my family just for what it represents and how hard we have worked and where we come from. So it would be a moment for our family.”

Tuesday night early in the second set, Serena scrambled wide for a backhand lob at the baseline that she hit long, skidding into the splits. Venus, ever the caring older sister, glanced over her shoulder to make sure Serena was OK.

The sellout crowd of 23,771 inside Arthur Ashe Stadium appreciated the match for its raw display of power tennis, a marked offensive approach from both sisters and the kind of drive only Grand Slams bring out in players.

Serena let herself feel that energy, too, letting out occasional calls of “Come on!” and pumping her fist. An ace in the first game of the third set — a 100 mile per hour delivery out wide — produced a huge yell.

“It’s the greatest story in tennis,” Serena said at the news conference after the match. “Because of where we come from and how we started. It doesn’t get better for us [now]. And the people that we’ve inspired.”

What Williams is inspired to do now is win those last two matches, with her serve in tact, five U.S. Open matches (and three more Grand Slams) behind her this year — all with history on the line.

Oh, that hug from her big sister, too.

“Today wasn’t an easy match at all,” Serena said. “All I’m thinking about it what I can do better. How can I get better?”

Kobe Bryant Retires: So What’s Next? »