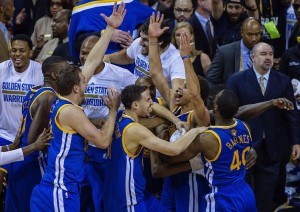 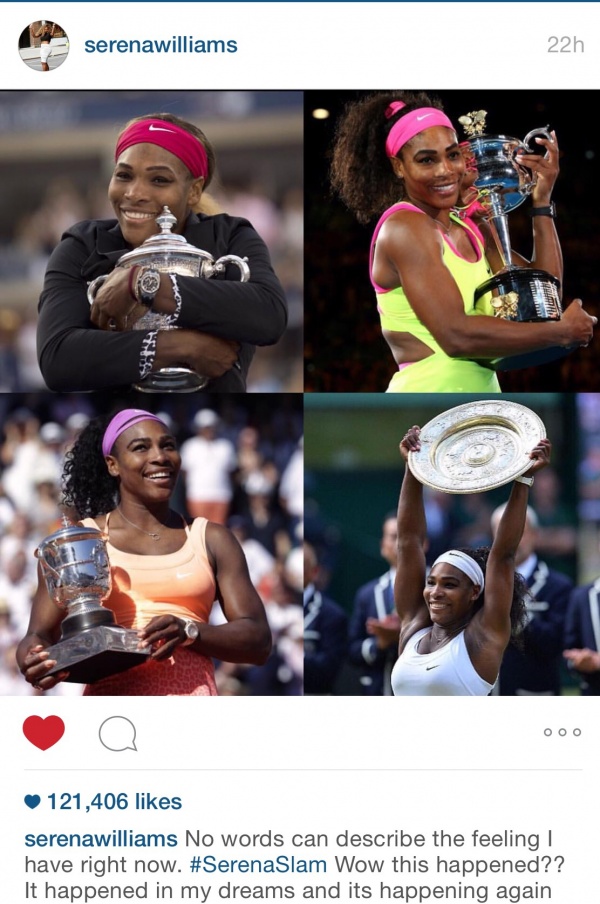 After #SerenaSlam, Serena Williams posted via Instagram – “No words can describe the feeling I have right now. #SerenaSlam Wow this happened?? It happened in my dreams and its happening again now! Thanks so much for all the support of my fans, support from #renasarmy my sisters, my parents @patrickouratoglou @venuswilliams I love you all so much. We did it…Now you know what I have on my mind now…Let’s GOOOOOO.”

Wimbledon, England (CNN)Last year at Wimbledon after exiting to Alize Cornet in the third round, Serena Williams declared: “I know I can do better.”

On Saturday at the All England Club came the exclamation point to her turnaround.

Williams defeated promising Spaniard Garbine Muguruza 6-4 6-4 in southwest London to complete the “Serena Slam” — winning four straight majors — for the second time and is now well on the way to making more history at the season’s final grand slam.

“I honestly wouldn’t have thought last year after winning the U.S. Open I would win the Serena Slam at all,” Williams, emulating her feat of 2002-2003, told reporters. “It’s super exciting.”

Grand Slam bid
If the American triumphs at the U.S. Open — and the odds might be stacked in her favor given the 33-year-old is the three-time defending champion — she would become the first player since Steffi Graf in 1988 to complete the calendar-year grand slam.

I honestly wouldn’t have thought last year after winning the U.S. Open I would win the Serena Slam at all,” Williams, emulating her feat of 2002-2003, told reporters. “It’s super exciting.”

A victory would, too, draw the world No. 1 level with Graf on an Open Era leading 22 majors.

It didn’t take long, Williams admitted, before New York crept into her mind.

“I did the whole presentation, I did the whole walk around the court,” said Williams. “I was peaceful, feeling really good. Maybe a little after that I started thinking about New York.”

Her coach, Patrick Mouratoglou, made an early request to U.S. fans to back Williams in September.

“I think if the crowd helps her, it’s going to be a plus,” the Frenchman told a small group of reporters. “So of course I expect the American crowd to be the best ever for her because to have an American player like her who is probably the greatest (in) history writing history at the U.S. Open is huge, and I hope the American crowd will be so proud of that that they will help her.”

One of the keys to her longevity? Freshening up her workouts. 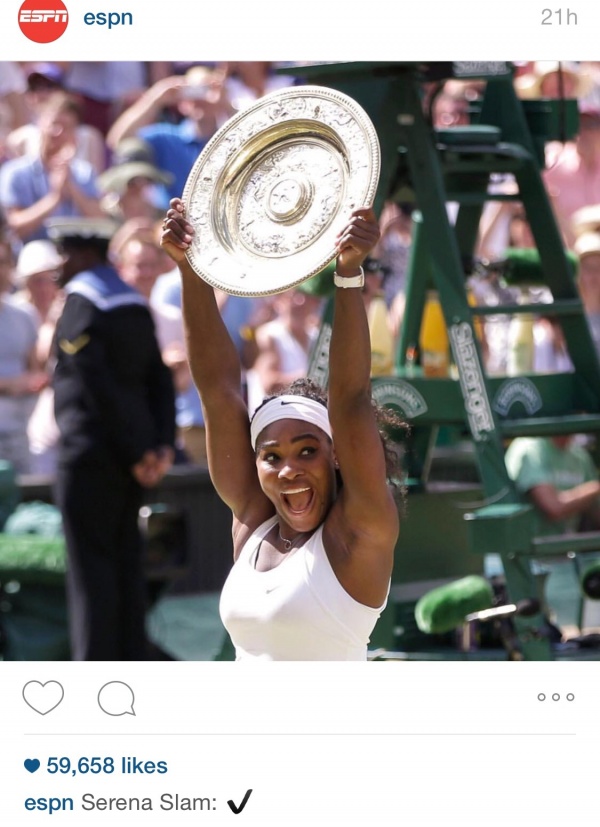